After a Very short nite (anyone else have trouble getting to sleep when you know you have to get up at 3:30am to get to the airport?!!), I made the trek home to Hamilton.
Of course I was too early for the buffet breakfast at the hotel and they made me a generous bag lunch! 3 little sandwiches, yogurt, water and some wafer cookies. A word about the hotel breakfasts: every place we stayed had wonderful buffets set up. Not just some simple continental breakfast in Poland/Slovakia - no way. It's a hearty set up with usually 3-4 hot dishes, a platter of meats & cheeses, cups of yogurt, salads or plates of sliced veggies, fresh fruit, pastries/cakes and of course bread! Coffee, tea, juices. We were usually able to fill up well - at the ski resort I saw a mom making a couple of sandwiches to take for her young boys.
Other meals - As part of a tour, our guide usually took us to local restaurants featuring traditional foods. These were usually pretty simple places where you'd go to the kitchen counter and order from the menu, when it's ready you go pick it up. 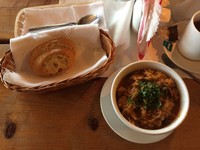 But beautiful, hearty, well-prepared - Delicious - food for reasonable prices. In fact, on the first night, I bought a bowl of borscht and had to use credit card as I hadn't found a bank machine yet - it was $6.75 CAD! 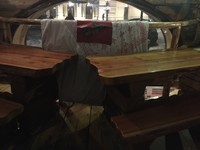 And of course, in Krakow, the food offerings at the Christmas Market were amazing - Shashlik (pork & bacon grilled on a skewer - about $10 for a big plate), kielbasa on a bun, ocypek (grilled sheep cheese). On my last night, I got a lovely mushroom soup for 7 zloty - that's only about $2.50!
Music - most radio stations we heard in hotels or cars play a number of English language songs. And of course, they throw in some Christmas. BUT why is it that they seem to only play 'Last Christmas' by Wham! and 'All I Want for Christmas is You' by Mariah Carey?! I have nothing against either song but they already get so much air time but when you hear pretty much only those two, sometime multiple times in a day - it was just getting too much (at least for me - actually became a bit of a joke in our group - 'Mary Ann, here's your favourite again!' LOL) 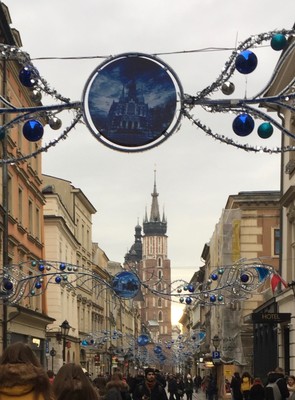 So I began my airport day: in Krakow, with a few zloty left, I found Kielbasa Jerky! Didn't try it until home but - yum!

2 hours later, I was again in Amsterdam, this time for a 4 hour layover. I now know that with the EU, there was only one passport checkpoint and I could have easily booked flights with shorter connection time. Even 4 hours was way more than I needed at Schiphol. Toronto return passport and declaration checks were a maze of line-ups but the lines actually moved fairly quickly. Got my car back from the lot and headed home. I had a panic thought that I'd be hitting rush hour - then I remembered it was Sunday!! Light traffic - Phew!

That was a terrific trip! Beautiful scenery (I think that's worldwide though!), beautiful Christmas feeling, 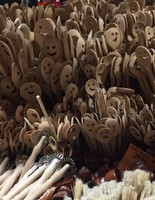 terrific activities, group and transportation. Although our trip itinerary included snowshoeing, a kulig ride with mountain hut visit, cross country skiing, we had to be flexible. The kulig (horse-drawn sleigh) we were supposed to ride had mechanical issues so we took a shorter ride around the town. In retrospect, we should have waited for the next day but it was a group decision. We also took the advice of our guide who said the snow in Jasna wasn't enough for snowshoeing but that we were going to have wonderful weather in Zakopane for a hike in the national park. 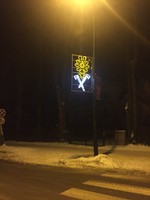 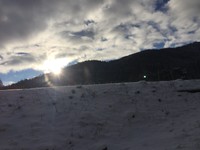 It delayed our drive to Jasna but as none of us were downhill skiers, it was the BEST decision. We all probably enjoyed that as the best outdoor activity we did. Such beauty - I'd love to go back & hike that park again. 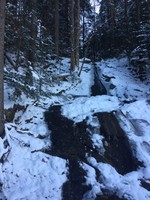 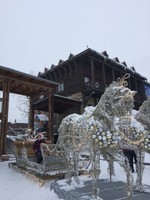 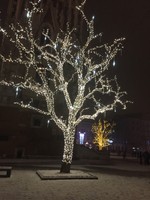 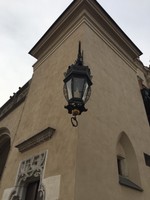 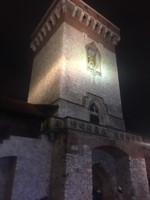 Our last night, the pierogi making experience was a wonderful chance to bond as a group too with fantastic memories. 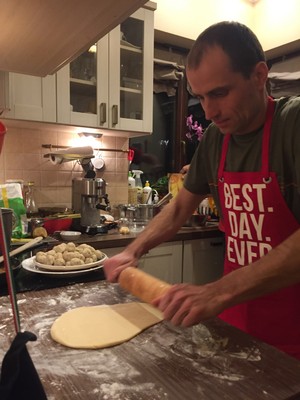 Done! I love doing these blogs when I travel - it's a great way for me to look back on some of my trips. Thanks for taking the journey with me!
Wesolych Swiat! Vesele Vianoce! Merry Christmas! 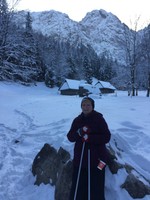 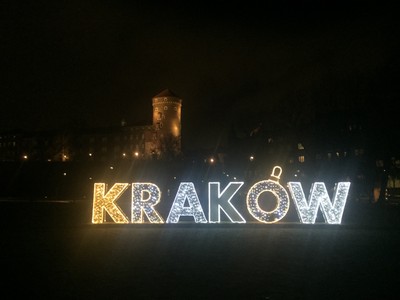 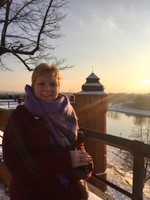 Posted by otisandma 05:51 Archived in Poland

This blog requires you to be a logged in member of Travellerspoint to place comments.

If you aren't a member of Travellerspoint yet, you can join for free.